During the last years we have witnessed a popularization of the maker movement. This phenomenon has arisen on a global scale due to the emergence of what is known as open hardware, which has allowed the appearance of innovations with an open design and low cost. The great development of new technologies of free access around digital manufacturing has created new and numerous possibilities for citizenship, to adopt the benefits promised by personalized production.

This factor, together with the emergence of spaces oriented to collaboration such as Fab Labs, Makerspaces or Media Labs, where several projects are being worked on in a social production regime and with a marked orientation toward citizen needs, has allowed the development of new forms of collaborative innovation based on the social production of non-proprietary technologies. For this reason, the maker movement is attracting the attention of all kinds of institutions interested in the possibilities that this phenomenon entails for education, science, technology and sustainability.

Although the beginnings of the maker movement can be clearly identified with a series of non-proprietary technologies that are the product of the expiration of a series of patents in fields such as microelectronics, 3D printing or 3D design, it must be added that in addition to these new free technologies are another type of social factors that have led to their irruption into society. Thus, new forms of work such as collaborative social production or what is known as Peer to Peer or P2P and an emphasis on informal and non-formal learning, which are produced on-line and off-line have clearly contributed to its consolidation.

The new maker culture is also characterized by involving individuals who try to play and experiment with technology as well as hackers, but whose scope of experimentation is much greater due to the development of what is known as open hardware, which has allowed linking the physical world with the virtual one through artifacts that have a non-proprietary design. This is the case of such successful initiatives as Arduino, Raspberry Pi, Makerbot or RepRap, which have in turn allowed the development of a myriad of projects low cost but with a great impact and popularity on the Internet. These technologies work as open source platforms that allow a multitude of amateurs and technology enthusiasts to develop various artifacts in the field of microelectronics, telecommunications or digital manufacturing. Initiatives that are usually of low cost but that are oriented to the specific needs of various marginal groups of society and that are not usually covered by mass production.

The great advantage offered by these low-cost solutions is that there is no need to manufacture a large print run, with the associated high cost involved, but small prototypes can be manufactured that can be improved without having to make longer series. This makes it possible to develop better control and modification of the various innovations, so that they adapt to the personal needs of their users instead of the opposite, which is usually the case in current production structures.

This irruption of personalized manufacturing and low-cost micro-electronics has led to great interest in the general public and this has led to spaces such as Hackerspaces, Makerspaces or Fab Labs they have become common in cities. In these places, thematic events, courses and activities of all kinds are held aimed at the collaborative production of digital objects capable of covering different social needs proposed by citizens. That is why the phenomenon is making its way into the mainly urban environment, but not only into it, as there are notable experiences in the rural world.

All these spaces that we have cited above are characterized by having an equipment in which we can list various types of machines such as 3D printers, 3D scanners, welding kits, laser cutters, CNC’s and a long list of tools that facilitate the collaborative development of manufacturing projects through which to learn and experiment with technology. In addition, the development on the Web of platforms such as Thingiverse and many others that function as knowledge artifacts allows these users to download designs, instructions and tutorials to replicate projects already carried out by other users. in other laboratories around the world or share their own designs through this type of platforms. In addition, these platforms also constitute a public agora where we can discuss with different users and creators of the projects the possible doubts or questions that arise in the processes of manufacturing and technological development.

The Fab Labs, Makerspaces and Hackerspaces allow their users to develop collaborative digital manufacturing projects or access courses, seminars and conferences where they can learn to master the indicated machines and acquire the necessary knowledge to develop the appropriate skills. Some of these spaces belong to more formal networks such as the Fab Labs. The creation of these spaces is followed by the development of various teaching materials that Neil himself develops to publicize the functioning of the machines that make up a Fab Lab and introduce the concepts of digital manufacturing and open hardware. These materials are the ones that will later form part of what is known as Fab Academy: a distance training program to instruct and certify people who want it in the tools available in these alternative manufacturing spaces.

Other initiatives such as the Makerspaces or Hackerspaces… also have a series of digital manufacturing machines and tools, as well as developing various training activities and having people trained in the use of these digital manufacturing tools (many of which have usually been carried out the course of the Fab Academy). In this type of laboratories, cooperative learning methodologies are usually used, through the development of projects or challenges that involve multidisciplinary learning of diverse competences and that rely in turn on the use of software and free hardware.

Finally, Maker Faires or maker fairs are the most popular events where you can contemplate the creations made by many passionate about technology. This type of exposition emerged in 2006 thanks to the push of Make magazine to “celebrate the maker movement” and give visibility to all those projects that have been conceived under the DIY philosophy and that have been developed in garages or neighborhood stores. Over the past few years, these types of fairs have attracted a large audience and have consolidated in many locations around the world.

In relation to institutional support, regarding the European continent we can see several initiatives by the European Commission to support this type of spaces and organizations. Through the Horizon 2020 research framework program, there are several specific sub-programs of work such as Science with and for Society (SwafS) that seek to promote the scientific-technological education of citizens and schoolchildren through the financing of collaborative projects of research that promote the STEM approach (Science, Technology, Engineering and Mathematics).

The European Community has also dedicated various efforts to the realization of specific events oriented to the exaltation of the maker culture and for this reason it has supported the celebration of the Maker Faire in Rome as the reference event of the maker movement in the continent. Finally, it has also promoted its institutional support for other types of events more related to the culture of entrepreneurship and in which there has been support from large companies related to digital technologies such as Makers Town.

Focusing on the field of use, the education sector has been one of the most paying attention to the possibilities offered by the culture of manufacturers when it comes to rethinking current learning methods. The narratives of power that accompany the production of artifacts using digital manufacturing technologies constitute an element that facilitates personal empowerment through the use of technology, the development of specific skills and competencies and a greater motivation and participation towards the attainment of curricular objectives delimited in their learning. Perhaps the danger of incorporating this type of technology and spaces in the classroom is more in the adoption of a technocentric and simplistic approach, instead of an axiological and holistic approach.

In addition to education, the manufacturing industry can also benefit from the culture of manufacturers when it comes to promoting greater sustainability of production and consumption practices, in addition to adapting to the needs demanded by the digitization of the industry. The irruption of open manufacturing, fostered by the combination of free technologies, the social production of artifacts and the generation of knowledge in a network, also represents an important opportunity for industrial SMEs that often do not. Have the necessary resources to acquire high-tech equipment or hire highly qualified professionals. In this sense, the ease of access to the spaces of the manufacturers, the absence of restrictive licenses in the use of technologies and the free access to the information produced in this phenomenon can help this type of companies to adopt dynamics that allow them to adapt to the increasingly accelerated pace of technological innovation fostered by digitization.

In this sense it is important to emphasize that, despite being an emerging phenomenon, the values ​​that are circumscribed in it are of paramount importance in the face of the transition of society towards postindustrial environments, in which the role of innovation, experimentation, social learning and access to knowledge will be increasingly important, while relegating other values ​​currently present in structures from the industrial stage. Therefore, the emergence and popularization of the maker movement is a foretaste of the new sensibilities that are forging the use of new technologies that come from the digital revolution, and simultaneously an expression on the one hand of society of the need to rethink our structures current productive and technological development.

Content of the article is a summary of the following publication. References and full text available in: 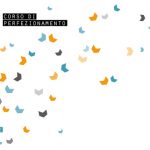 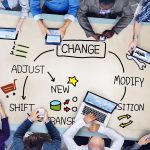 Is open design a viable economic practice?
This site uses third parties' cookies. If you want to know more or deny your consent to all or some of the cookies click "learn more". If you access any element below this banner you consent to the use of cookies. Learn more.