The development of cheap single-board programmable systems in the recent period, has significantly facilitated the prototyping of electronic circuits. One of the first open electronic platforms was the Arduino. This hardware platform is compatible with open programming systems. The Arduino platform was based on a simple design and was created mainly for educational applications. The use of popular interfaces for communication with peripheral devices in the construction of the device meant that many projects in the field of control, automation and the Internet of Things were created on the basis of Arduino.  The Arduino platform was established in 2003 and is successfully used in modern projects. Another popular device for prototyping of control systems is Raspberry Pi. Raspberry Pi is a mini-computer working under the control of the Raspbian OS. This operating system is based on Debian, a popular Linux distribution. In addition to the standard interfaces known from traditional PCs, this computer has a 40 pin GPIO connector, which allows designers to use devices connected with I2C, SPI or 1-Wire bus. Thanks to this device, it is possible to integrate the designed system with many peripheral sensors and automatic control modules. There are many other platforms on the market that have interfaces to integrate with popular sensors and controls, and allow programmers to create code in high-level programming languages. Due to their low cost, these devices can be a popular alternative to the most well-known and more expensive solutions. The most popular platforms of this type are:

These platforms are presented in Figure 1.

These platforms can be used not only to create prototype systems, but also to build commercial data acquisition and control systems. An example of this type of solutions can be an agro-hydro-meteorological station, which was built on the basis of open hardware platforms. These platforms were used to integrate the IoT system with a professional meteorological station of the Vantage Pro company, and allowed to extend the functionality by measuring insolation, measuring evaporation and evapotranspiration, detecting the thickness of the snow cover, and measuring the water level. The constructed system is also used to generate alerts about dangerous weather events. The implemented system was installed in Krakow. It is currently used to transmit data and generate information about dangerous meteorological conditions. This system is fully autonomous due to power requirements. The physical installation of the system is shown in Figure 2. Pictures of installed stations were made available by InfoMet Katowice.

The relatively low price of the presented platforms allows their use also in educational projects. These platforms can be used in educational centers and schools that do not have large budget resources for their activities. One of the educational projects is a controlled robot platform based on the ESP8266 system, and a dedicated Motor Shield module. Thanks to these devices, it is possible to build an educational robot system. This system enables students to familiarize themselves with the basic problems of control, network communication and programming of embedded systems. This educational robot was also used in educational workshops as part of the ODM project. Despite the fact that the people participating in the workshop did not have any preparation in the field of computer science, they launched the presented robot platform. Participating in the workshop, he was able to familiarize himself with the methods of robot control, data transmission problems in Internet networks and programming of control systems in high level programming languages. The use of the robot in educational workshops as part of the ODM project is shown in Figure 3. 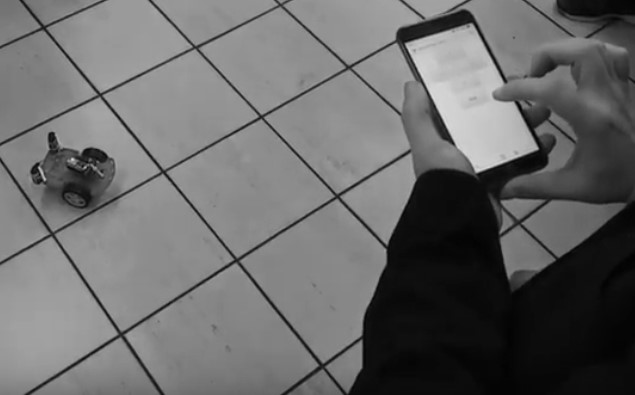 The presented examples present the applications of popular single board platforms in education and commercial activities. Applications of open hardware solutions will continue to grow thanks to IoT systems. The dynamic development of independent projects such as DWeb or Ethereum will allow to create innovative solutions in the field of data processing based on open hardware and software platforms. 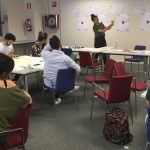 Cocreation and open paradigm. A challenge and an opportunity for design. Integrating the design and its process within the framework of the European Union and the research of the University of Deusto 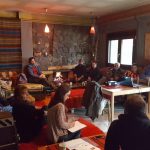 The Birth of An Open-Source Agricultural Community: The Story of Tzoumakers
This site uses third parties' cookies. If you want to know more or deny your consent to all or some of the cookies click "learn more". If you access any element below this banner you consent to the use of cookies. Learn more.