Imagine an extremely ground-breaking technology or scientific field that is really hard to classify. Imagine a group of experts, early adopters, influencers, technologists and even academics working in this area, which lies between two very different scientific fields. Imagine we want to identify the points where these fields and the clusters created through interactions between the aforementioned experts converge. How could we identify and classify the existing community that is working in that field? How could we identify the leaders and experts working on these technologies or in an unclassified scientific field, or outside the purely scientific-technological sphere? How can we create a cluster for this group in order to show the value of their work and make known the technology or scientific field in which they work? 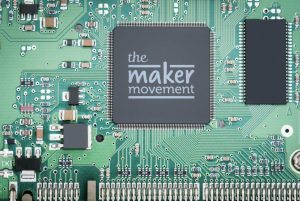 In this article we will try to answer these questions using as a reference technology or a technological field that is hard to classify, and in which many groups of people work without a clearly defined scientific-technological representation or characterisation.

As we mentioned earlier, the fact that this community lacks a clear scientific-technological categorisation makes it difficult to identify experts to be followed, leaders, or simply clusters in this field. What’s more, the fact that the field is kind of a hybrid between two worlds makes it even more difficult to detect relevant communities.

We call it a hybrid field because when we talk about the Maker Community, it is studied as part of Social Sciences because the movements that are studied are the “Do It Yourself” movement, collaborative work, the Open philosophy, etc. However, from a technological point of view, the Maker Community is studied as part of Industrial Engineering or Design, or Computer Engineering, which includes the study of free software, 3D or additive printing, Open technologies and the Internet of Things, etc. We see, therefore, that it is a hybrid field that is hard to classify, in which, because of its nature and the fact that its technologies and communities are so recent, it is difficult to identify experts, leaders and clusters or communities to help make them known and classify them scientifically.

How could we try to identify these groups, experts, scientific leaders who are working in large or small communities, with more or less structure, then? We can find the answer in the analysis of Social Media.

A few authors have tried to identify these communities based on their origins. As Andreas Hepp said in his article “Pioneer Communities: Collective Actors in Deep Mediatisation” (Hepp, 2016), it is hard to identify the origins of the (pioneering) Maker community. It may stem from the hacker movement in the 1980s, but at OD&M we don’t agree with the author when he says that the social domain is largely oriented towards manufacturing and that the community revolves around this, because as we mentioned earlier, it is a hybrid community in which we shouldn’t just focus on the industrial or manufacturing side of things.

The identification of these communities, therefore, must not be based on one industrial field only – we should broaden our scope and focus on connections, links and relationships that are established in these communities.

As Silvia Lindtner explains in her article “Hackerspaces and the Internet of Things in China: How Makers are Reinventing Industrial Production, Innovation, and the Self” (Lindtner, 2014), the Maker movements use social media extensively to carry out their activity because it is in their DNA, in the nature of their collaborative work.

In another article, “Hacking with Chinese Characteristics: The Promises of the Maker Movement against China’s Manufacturing Culture” (Lindtner, 2015), Lindtner explains how the Maker movement in China has created a manufacturing culture (producers, designers, assemblers, etc.) which mainly relates over social media. This proves that the field is more than industrial and that is it possible to monitor it on social media.

So in order to detect these Maker communities and analyse their spillover effect or to see how far they reach in order to characterise them, we would have to identify the main actors (FabLabs, MakerSpace, HackerSpace, LivingLabs, etc.) which would be the hubs, and analyse on social media (Facebook and Twitter, mainly) the relationships with other agents (these would logically be the links).

These relationships could be followers on Twitter and friends on Facebook, for example. In order to identify possible actors that are not identified through relationships or links, we would have to establish which specific hashtags the community uses in order to monitor them and identify relevant actors. These hashtags would be #maker #open #diy, or something similar.

Once the relationships between the main actors and rest of actors was analysed, we would be able to measure and define the real network of this field and see how it overlaps with other scientific-technological fields. These results might show the need to define a specific category for this extremely hybrid scientific-technological field, which could be categorised as Social Technology.

The focus of the analysis of the Maker community from the point of view of social media would clearly give the scientific community a holistic view and would demonstrate the huge overlapping nature of the this field, and the more than probable need to bring together knowledge and cooperate in future study of this field, in order to:

2) Create clusters that can defend the interests of experts working in this field.

3) Create curricula in a field that is not currently defined.

This is the OD&M project framework’s approach to the identification of Maker clusters and communities. 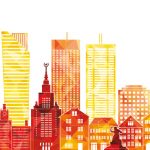 Poland: an empty space on the map of the global maker movement?press articles
This site uses third parties' cookies. If you want to know more or deny your consent to all or some of the cookies click "learn more". If you access any element below this banner you consent to the use of cookies. Learn more.