There is much hype around circular and collaborative economies over the past few years. From Davos to the European Union, everyone is eager to grab a piece of the new mode of industrial development. But what lies beneath these grand narratives?

In this 3-part short series we attempt to critically review the current discussion on the circular and collaborative economy and provide insights from some alternative trajectories.

This short series based on a workshop on circular, collaborative and distributed production designed and facilitated by Chris Giotitsas and Alex Pazaitis on the occasion of the participation of OD&M project at the 83rd Florence International Handycraft Fair, on April 24, 2019 in Florence.

Part 1: On the circular economy

The most widely known and basic definition for a circular economy (accepted even by the European Union) entails cycles of production, ranging from repair, to maintenance, to re-use, refurbishment, and last to recycling. For this conceptualization to work, products need to be designed to fit these cycles. Meaning that we need to rethink how we design and make things. For instance, a phone may be designed so that it can be more durable, easier to repair and easier to recycle. So far so good.

However, considering the production and distribution networks today, that would presumably take place on a global scale. A product would be produced in one place, then purchased on the other side of the planet, then repaired or refurbished and resold somewhere else entirely. Until ultimately it is recycled for material and entering the cycle all over again. The question here, then, is: who would do the repair/ refurbishment/ recycling on that scale? As it is currently conceptualized, it is the service provider or the manufacturer that does it. How? Would manufacturers have processing facilities all over the planet, or would the products be sent to their locations thus increasing energy consumption and pollution? Doesn’t this reverse the whole point of circularity related to sustainability?

Furthermore, how would manufacturers and service providers keep track of all these products? Apparently, it is with the help of the “Internet of Things”, by making products smart and trackable. But if we’re talking about a circular system of this complexity then this means that the “manufacturer” would need to have massive operational capacities and resources as well as tracking (or surveilling really) data to an alarming degree.

From a different perspective, if one looks at the EU reports on the issue of circular economies they will find assessments based on collected data and while there is plenty available on a state and municipal level (regarding, for instance, recycling) there is next to none when it comes to industry. That is hardly surprising. It is costs money to track and collect information and when there is no clear profit foreseen, then why would a private manufacturer do it? The idea is to incentivize industry to change their practices. Allow them to make money in a different, more sustainable way. But even then, why would they share data? And how would the protocols and processes of one huge manufacturer work with those of another. They are competitors after all and the profit of one signals the loss of another.

So, circularity without being open source, is not really circularity. By making it so, then it would ensure interoperability for start. Meaning the products of one manufacturer would work with those of another. Open licenses and standards for parts, tools, materials as well as the sharing of all relevant information would mean that the product of one manufacturer would be possible to be repaired or maintained by whomever locally. Their materials would also be easier to locate, distribute, and reuse. However, at least for now, this seems not to be the goal.

When it comes to the circular economy, we are attempting to apply a concept on a production system that is incompatible. And the attempts so far, seem either too small or they end up being co-opted to such a degree that they lose any transformative potential. 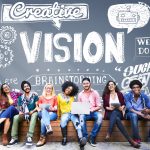 An exploratory study: Universities, Enterprises and Maker Communities in OD&M across EuropeReports

OD&M: Designing for sustainable economic transformations (Part 2)Reports
This site uses third parties' cookies. If you want to know more or deny your consent to all or some of the cookies click "learn more". If you access any element below this banner you consent to the use of cookies. Learn more.