Robo Inspector Hackathon, was the marathon robotics challenge , where the almost 40 young pasionate and students build a robots based on Arduino and Raspberry PI. The challenge based on closed tunel immitaiting a conditions of hard acces spece`s, for example, pipes, channell. During the maraton we build 9 robots! The special guest of Hackathon was Mitch Altman! Open source and open hardware global disseminator, co-founder of Noisebridge hackerspaces.

During this event (between 22 and 24th September) I made a great observation and prototype of education and cooperation formula.

But the most important facts were the little conversation with Mitch about global maker movement and engaging 3 new companies potentially open to next steps on impact in OD&M. I am collecting data in this sense: STMelectronics (module for arduino) The Things Lodz (open IoT community projcect) Gromar (e-learning company) and the At the start of event I said a few words about the basic idea od OD&M. 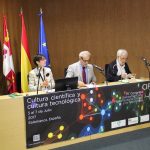 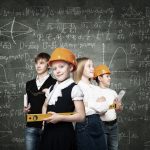 Jornada: El futuro de la educación STEAM: decodificamos el “ADN Maker”Event
This site uses third parties' cookies. If you want to know more or deny your consent to all or some of the cookies click "learn more". If you access any element below this banner you consent to the use of cookies. Learn more.